What’s next for businesses after COP26? 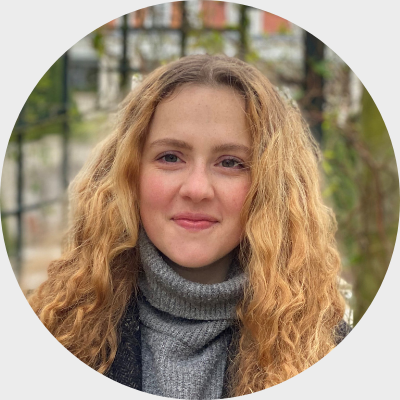 What happened at COP26?

The Glasgow summit was marked by several governmental pledges – promises to end deforestation, to stop funding overseas fossil fuel projects, to phase-down coal, for US and China to work together, to reach net-zero, to help vulnerable nations… But what does it really mean?

First, the pact is not legally binding. Pledges are just that – promises that do not guarantee action. Still, over 100 countries, including Brazil, promised to end deforestation by 2030. About 20 countries also committed to stop financing fossil fuel projects overseas, which could mean turning to more renewable energy, or finding new ways to harvest fossil fuel domestically.

Coal was a major topic of discussion at COP26 as it is responsible for approximately 40% of CO2 emissions per year, which makes its elimination paramount to keep the 1.5C target set in Paris at COP21 alive. The ‘Glasgow Climate Pact’, adopted on 13 November 2021, includes a commitment to “phase-down” rather than “phase-out” coal production. Over 40 nations have committed to phasing out coal – signatories include major coal-using countries such as Indonesia, Poland, South Korea, Ukraine, and Vietnam. Interestingly, the fossil fuel industry had the largest delegation at COP26, with about 500 representatives – and oil and gas, two other major emitting resources, were not mentioned in the Pact.

Another important conversation during COP26 was climate finance for adaptation, loss and damage – the concept that richer countries, who have significant historical emissions, should compensate developing nations for the consequences they are facing and are unable to cope with. In 2009, these developing countries were promised  they would receive $100bn/£75bn a year from 2020 to help them adapt to the impacts of the climate crisis and make the transition to clean energy. However, the deadline was missed and the amount was not paid by the world’s richer nations in full. This outcome was very disappointing for developing nations who are highly vulnerable to the consequences of climate change:

“COP26 will be remembered as a betrayal of global South countries” – Sara Shaw, Friends of the Earth International

What does it mean for businesses?

COP26 will be remembered as a crucial point for the involvement of the private sector in the shaping of our future. John Kerry, U.S. special envoy for climate at COP26, stated:

“Not only are companies ahead of government, but companies understand that their future is tied to having a stable marketplace”

Whether governments take action on their promises or not, the business world seems determined to move forward toward decarbonisation and net-zero strategies.

Net-Zero commitments have become a fundamental principle for companies, shifting the basis for competition. Stakeholders support businesses that have initiated a substantial transition rooted in tangible actions.

This creates opportunities for companies to differentiate themselves from competitors by translating their pledges into action  – innovate, coordinate actions, measure and disclose more information regarding exposure to climate risks and the implementation of climate action plans. In the future, this will become the norm – as is the case in the UK, where listed companies will be legally required to release their net-zero plans by 2023, which Considerate Group can help with.

COP26 will also be remembered for releasing significant funds from the private sector. The Glasgow Financial Alliance for Net Zero (GFANZ) gathered over 450 institutions, which together represent $130 trillion of financial assets. The members committed to aligning their portfolios with net-zero goals.

Part of GFANZ is the Net Zero Asset Managers initiative, which brings together 220 asset managers (with $57 trillion in assets under management) who also support a net zero goal by 2050 at the latest with a focus on investing aligned with net zero emissions, conforming to the 1.5C  target.

Investors with international portfolios should also be aware of the creation of the International Sustainability Standards Board (ISSB), which goal is to provide a global set of standards for disclosure on companies’ sustainability credentials in order for investors to make informed decisions.